The shower sump was operational many years ago, but once the sump unit bit the dust I removed it all and kind of forgot about it. I wasn't using the shower at all so not a big deal. But now I really want to get the shower working again.

The biggest problem facing me was removing the old hoses and installing new ones. There is NO way to get underneath the Head/shower insert. I have a drain in the floor in the head/sink area and one for the shower. These hoses must have been installed when they fitted the unit in.

The trick to the whole project was installing the new drains, running the respective drain hoses and then tying both hoses into a single hose that goes into the sump box.

The other thing I changed is a I got rid of the shower handle that connected to the sink, and put controls for the shower behind the starboard wall.

LUCKILY! The drains were so corroded a little bit of prying and working them over they literally snapped apart and I was able to pull them out. 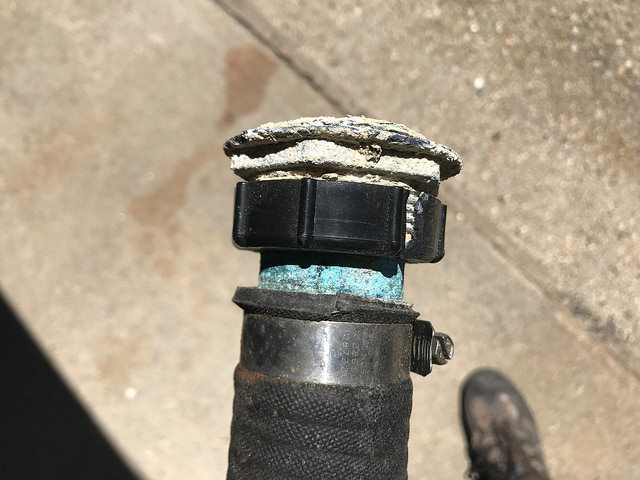 These babies are TOAST! If they did not snap apart I have no idea what I would have done. 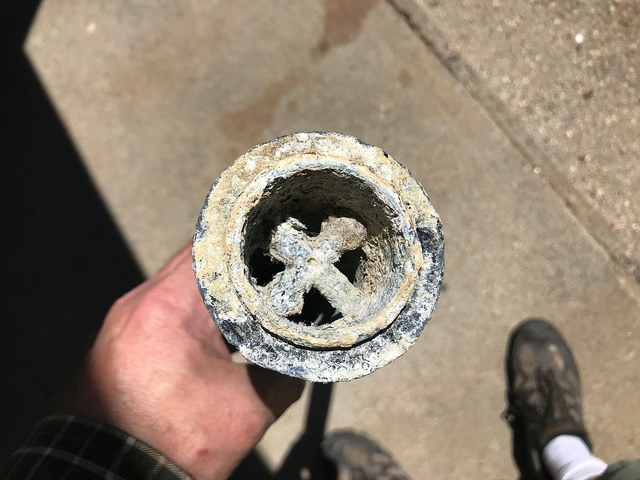 One interesting thing is they used like engine heater hose - lord help me if I had to cut that thing to get it out. 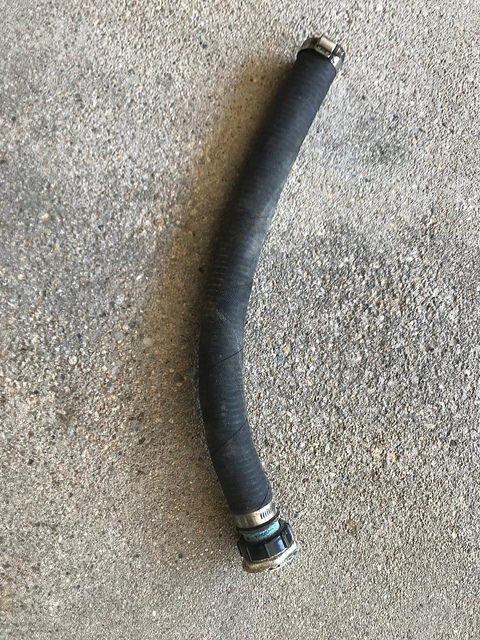 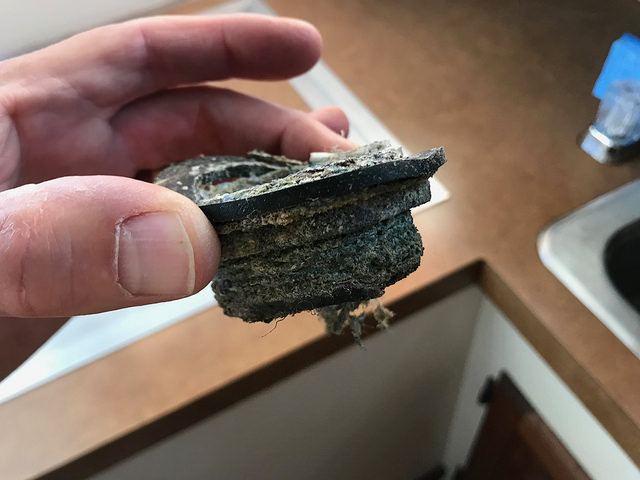 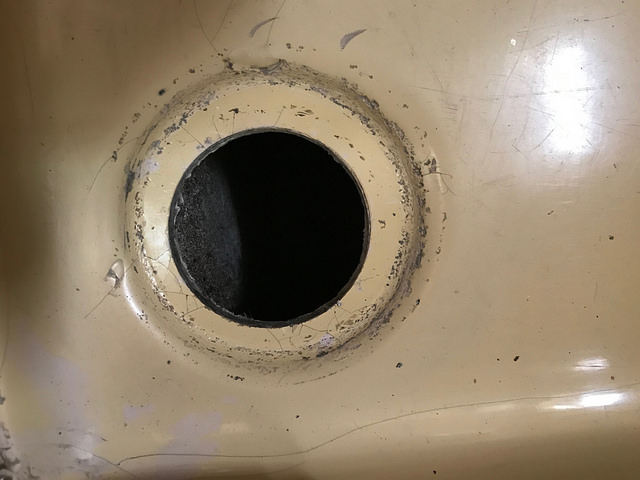 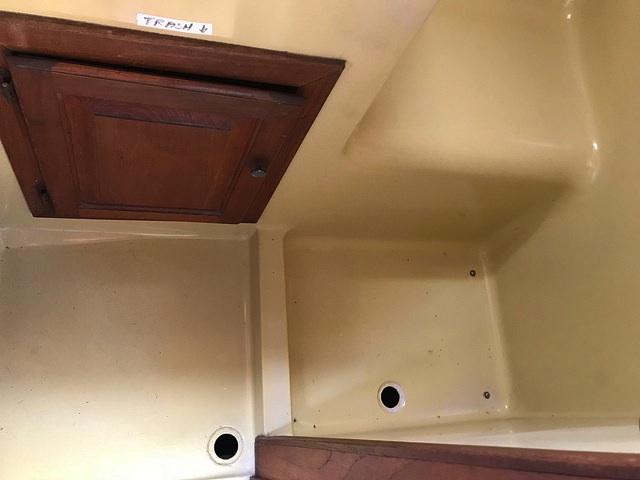 Now the challenge is I cant get underneath to tighten down the new drains. I bought these drains at Home Depot, they were just the right size. They came with a nice rubber gasket. 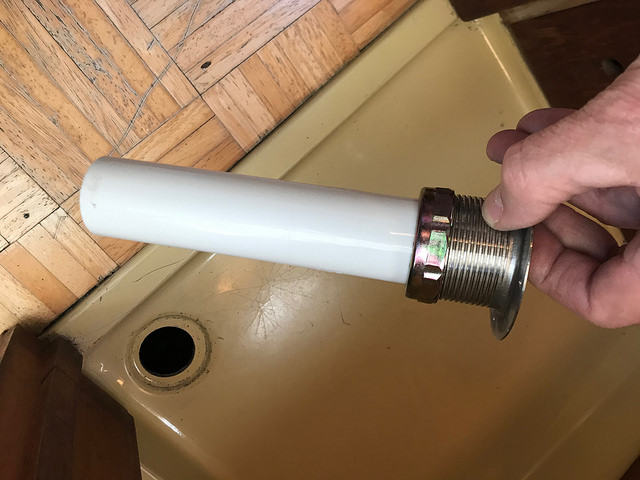 I'm going to use bilge hose and it fits over the piping that is used with these drains. 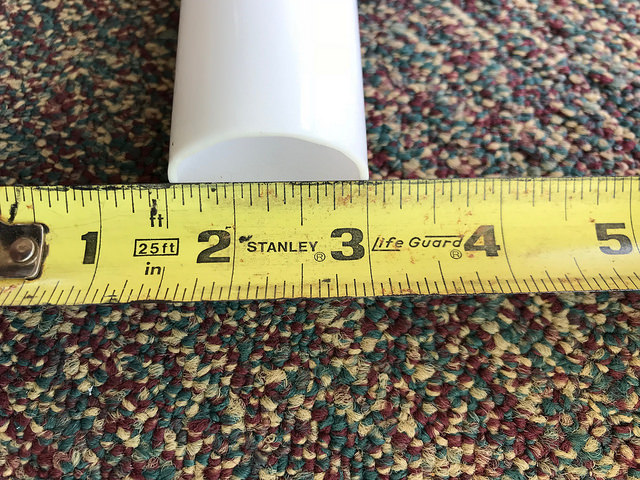 Problem was, how to attach it if I cant get underneath. I ended up drilling 4 small holes in each one and will screw it down. 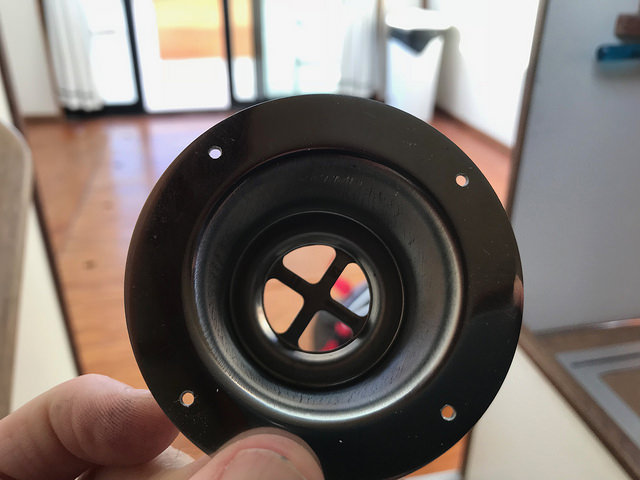 This is just a dry run, I still need to attach the hose to it and run it to the sump box. I'm going to use bilge hose. (not wire reinforced heater hose!) 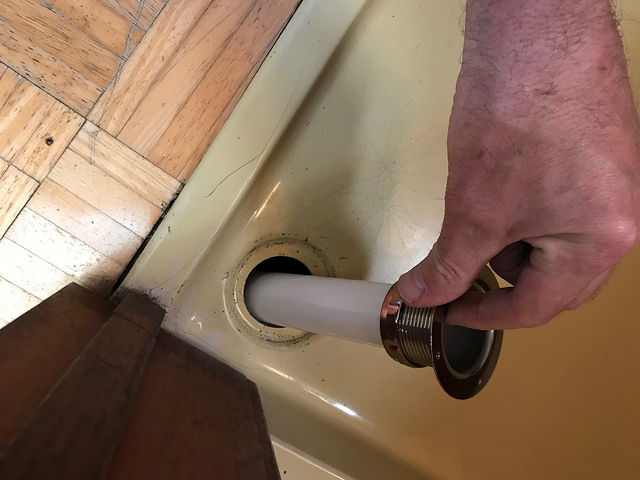 I drilled the holes in the drain prior, then drilled pilot holes for the screws after I placed it in. 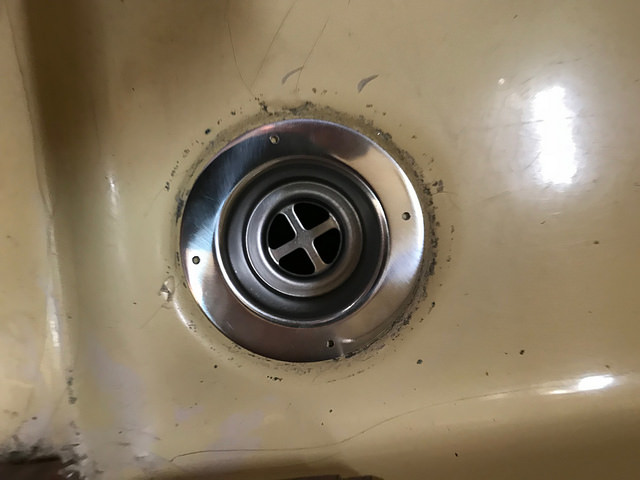 When I do it for real I will put some silicone under it. Now its on to figuring out snaking the hoses underneath. 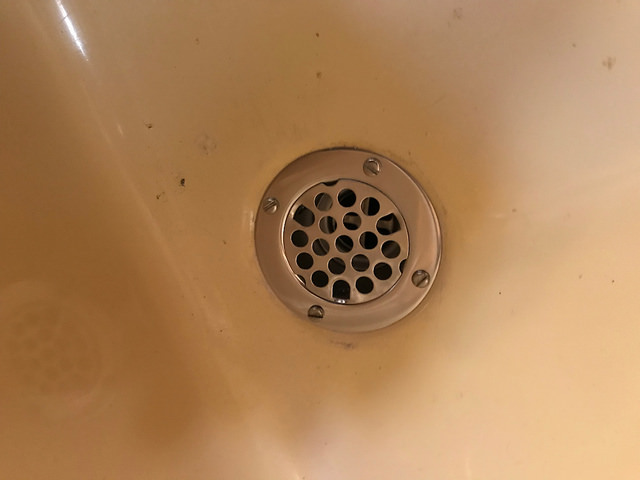 Here is the new sump box I bought. 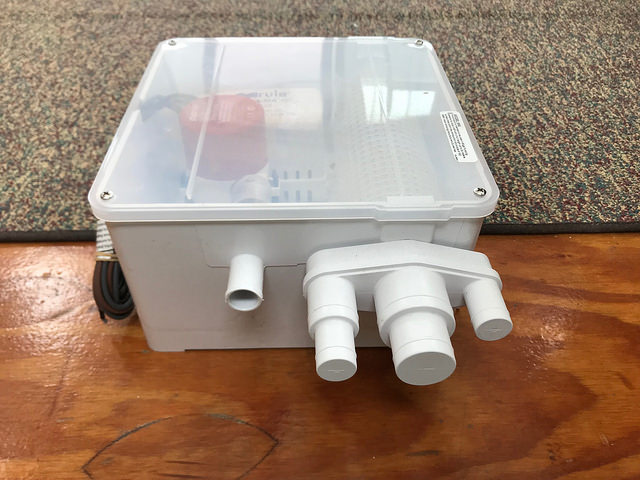 There is an access board just at the bottom of the steps to the galley. 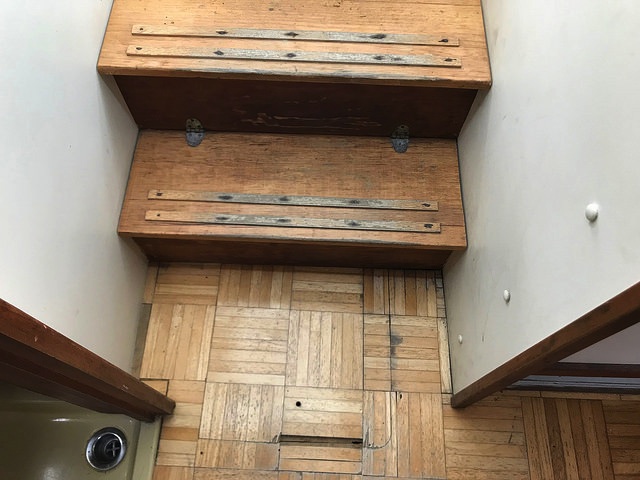 There is a shelf for the box, and fortunately I left all the wires from the old one and there all in good shape. 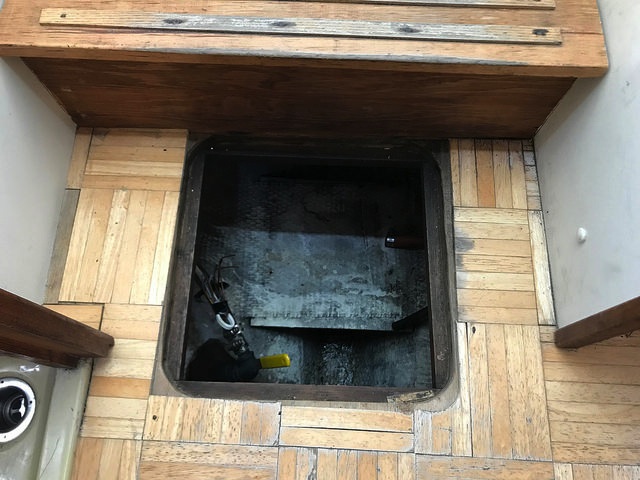 I wish the box had access for the hoses on either side. The shower drain comes from starboard, and the overboard hose comes from port. 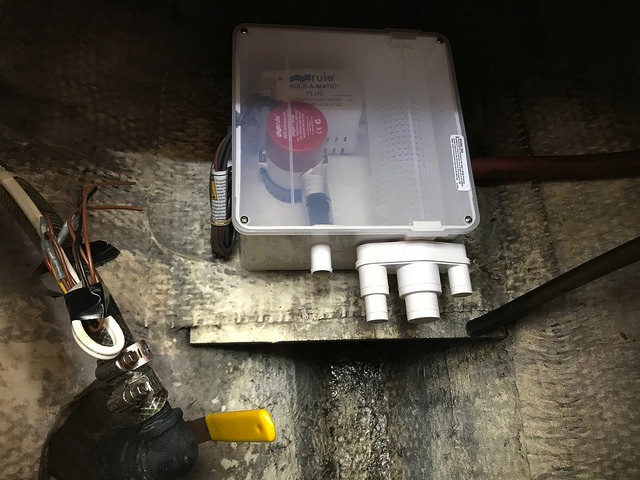 There is a cut out in the stringer that runs along the port side of the head/shower unit that I need to snake the hoses from the drains to get to the sump box. 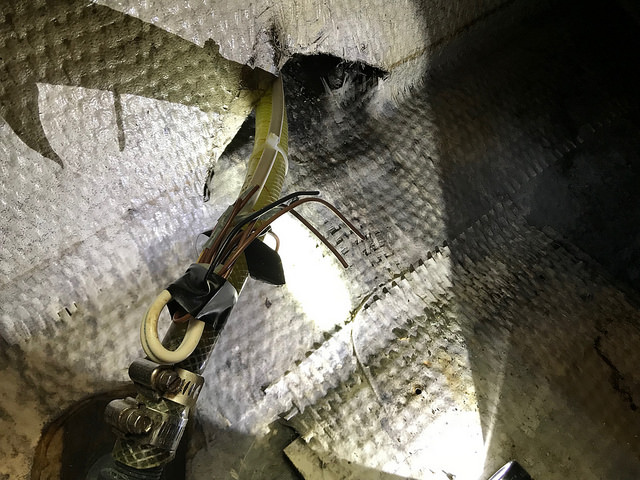