We have done a fair amount with Awlgrip in our various projects. One area in particular is on the decks which includes both the painting and the non-skid.

It can be tricky stuff but when you get it right it is awesome stuff.

A few tips for applying the primer;

Every time I made a batch it was more than I needed.

I used a 7" West System foam roller and a good brush.

What you don't use keep in a closed container and it will keep quite a while, I went several days with one batch.

The primer was a lot thinner than I expected, and to compensate for that I tried laying it on a little thick. Dont' do this, just do as many coats as needed, I applied two coats. Where I went thicker it didn't seem to harden quite as nicely as where it was thin.

A few tips for applying the top coat;

The flattener is BRUTAL to stir up. I read on someone elses site they had trouble with it as well. When you open the can there is about 2 inches of liquid and then the rest looks like window glazing putty; but totally dry. I have used flattening agents befor with automotive products and it was a light colored liquid so this was a bit of a surprise. My advice is to mix this up way befor your ready to paint. I finally had to empty the entire can into a pail and mix it up in there, and then pour that back into the can, the whole process was frustrating and just made a mess.

The flattener is mixed 1 to 1 with the color base, which was another surprise to me (hence not ordering enough the first time around).

Every batch I made, I made to much, but just like the primer if you cover it, it lasts quite a long time.

Apply it thin, and just do multiple coats. You will need two at least two coats and even with the white primer I needed three.

DO NOT use their method for applying the non-skid. Of my entire job this part doesn't look as good because of this. They recommend using a flour sifter, or (what I did initially) punching holes in the can and then shaking the grip tex onto tacky paint. This made for a terrible looking result in my opinion. What I ended up doing and it worked great for me was pooring a good pile into the palm of my hand, and then blowing on it in the direction I wanted the particles to go. This resulted in a nice uniform coverage, and allowed good control when you wanted more in certain areas. 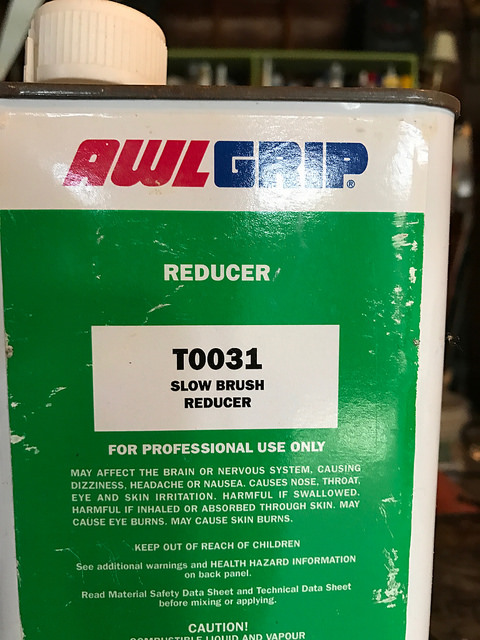 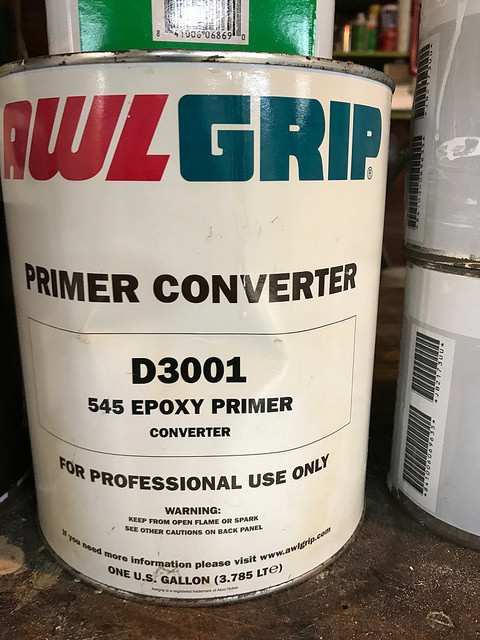 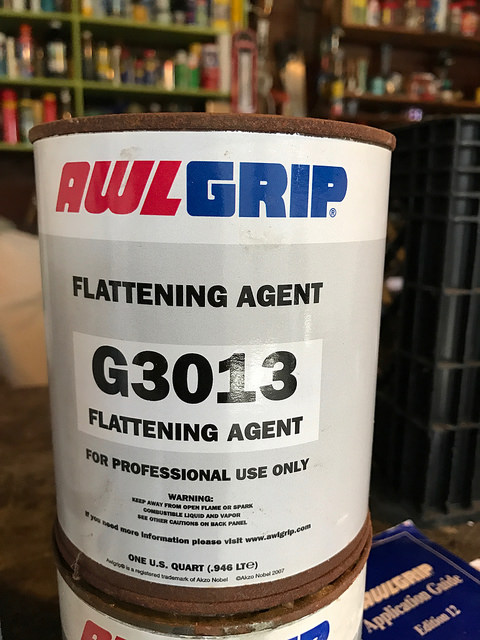 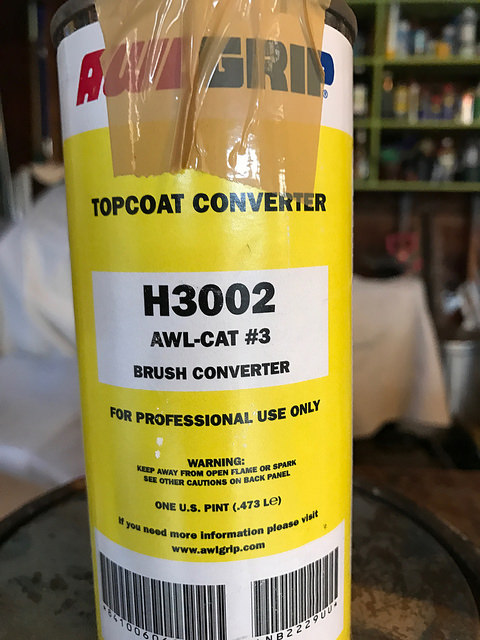 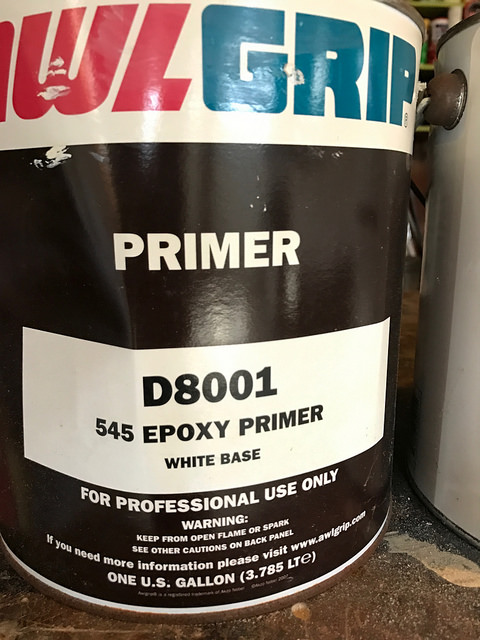